In 2013, Mortgage Settlement Funds of more than $330 million were allocated from the Federal Government to the State of Florida. Attorney General Pam Bondi allocated $60 million of these dollars, and the Florida legislature determined where the remainder of funds would be used. The House of Representatives requested Habitat for Humanity of Florida to submit a proposal detailing what they could accomplish with a portion of these funds.

At the end of the legislative session, Habitat for Humanity was provided with a $20 million allocation to rehab existing housing stock or demolish and replace blighting housing throughout the state. The bill allocating all of the Mortgage Settlement Funds was signed into law by Governor Scott on June 4, 2013. 46 Habitat affiliates responded to an RFP developed by a committee of 7 Habitat representatives; all 46 received funding allocations for this program. 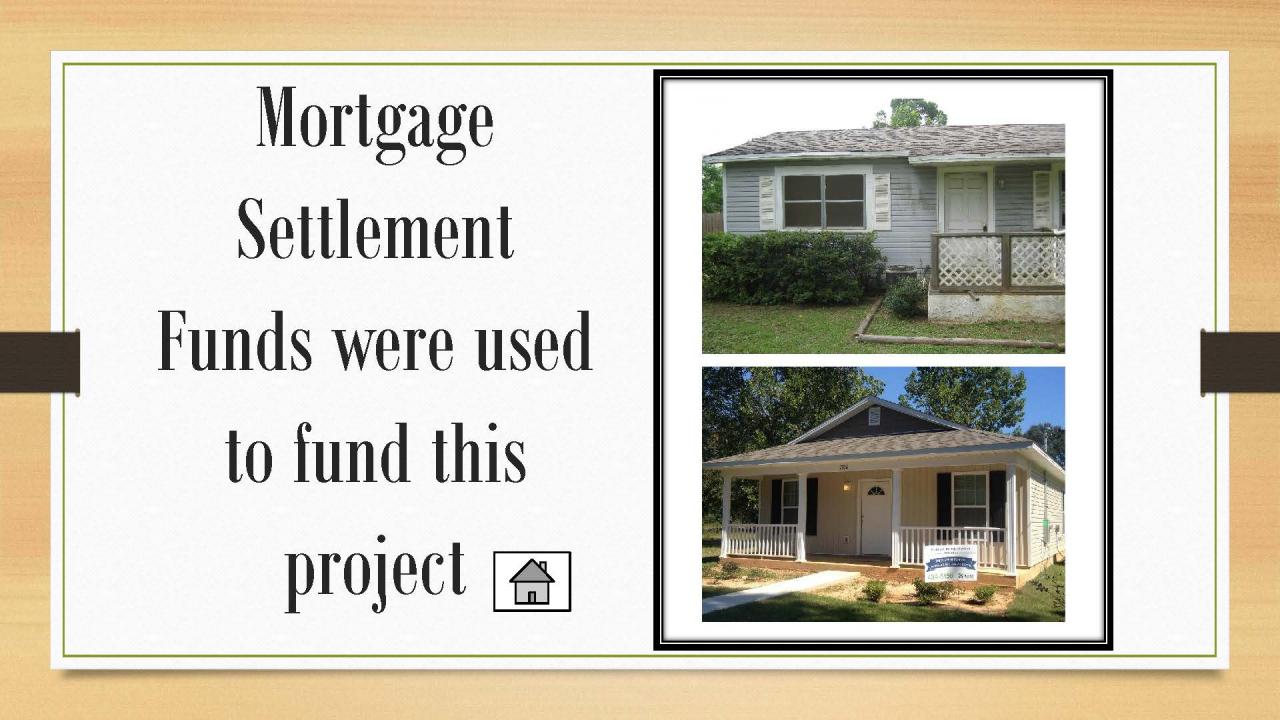